We are updating how we communicate with our audiences. Let us know which communications you would like to continue receiving, otherwise you may stop hearing from us.
Update my preferences No thanks
On now:
Summer Treasure Hunt

There are no scheduled instances of Abigoliah Schamaun: Do You Know Who I Think I Am?! .

Abigoliah Schamaun: Do You Know Who I Think I Am?!

There are no scheduled instances of Abigoliah Schamaun: Do You Know Who I Think I Am?! . You can view similar events below. 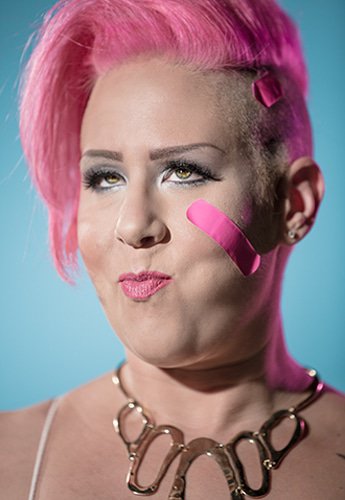 She's a myriad of paradoxes. A hardcore yoga bunny with surprisingly squishy thighs. A boring heteronormative disguised as a luscious lady lover.

She grew up in the conservative Midwest of America to become an unabashedly liberal UK-based comic. Nothing is what it seems. Especially Abigoliah Schamaun.

Join the critically acclaimed stand-up as she takes to the road for her debut nationwide tour, on the back of a sell out Edinburgh Festival season and appearances on the top rated The Guilty Feminist and Global Pillage podcasts.

WHY? ‘Damningly perceptive and very funny… she has a tightrope-treading ability the match of anything by Chris Rock or Bill Burr’ The Scotsman

about 1 hour ago Get set to boogie at Saturday's Family Concertini with the Estrellas at 11.30am and 2pm ➡… https://t.co/lYg8D4LUR5

about 23 hours ago Fancy a trip to the movies with your little one this week? Catch a #BringBaby screening of The Railway Children Ret… https://t.co/LcuumaaOg8