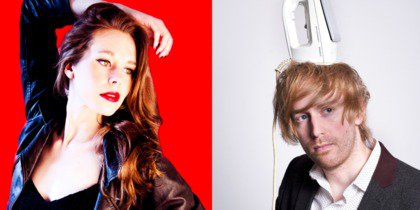 Mark Simmons is a one-liner comedian. He has supported the likes of Rob Brydon and Rob Beckett their national tours.

Alice Marshall is the winner of Best Comedy Show at Brighton Fringe 2017. Alice combines her own brand of clowning and storytelling to bring her weird and wonderful characters to life.

‘Character comedy at its rawest’ ★★★★ The Wee Review

WHY? Two comedians preview their latest material ahead of the Edinburgh Fringe

about 10 hours ago Hashmat Sultana come to the Courtyard Theatre on Wednesday 26 February! The ‘Sufi sisters’ have been winning hearts… https://t.co/aS93RbdWuC

about 13 hours ago RT @john_artybiker: I’m due to be in the gallery @nordenfarm #maidenhead Sunday afternoon, here’s hoping the weather eases up #exhibition #…

2 days ago Grab your yoga mat and head to Norden Farm for Big Dog Little Dog: Parent and Child Yoga. This class is for parents… https://t.co/G35g21ME1H

2 days ago RT @H_S_D_Y: Yay! We are on the radio today chatting to @MichBabsJordan on @BBCBerkshire about our Disco Love Fest @nordenfarm tonight. On…