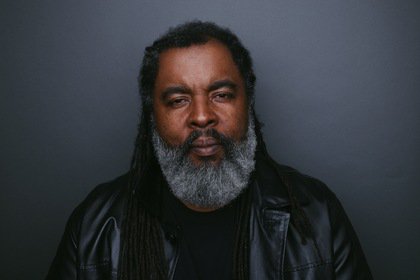 The New Orleans native is known as one of the world's foremost practitioners of country blues.

Alvin is a faithful torchbearer for 1960s and 1970s guitar rock, Western Swing and vintage country. He is a Grammy Award winner and has released a Grammy Award nominated album. He has appeared on BBC2’s Later with Jools Holland and BBC4’s Blues on Later.

WHY? ‘The boy got thunder in his hands!’ Taj Mahal

about 6 hours ago Pianist Joanna MacGregor CBE joins us for a live streamed concert on Tues 11 Aug➡️ https://t.co/wjDgTUiHlK Joanna… https://t.co/sBHtSptYHc

about 12 hours ago Join mountaineer Simon Yates - of Touching the Void fame - live in the theatre or from the comfort of your home via… https://t.co/VJbLFMmsn5

1 day ago RT @Windsor_Museum: Maidenhead Heritage Centre’s next online lockdown lecture is this evening at 7pm. It will tell the story of local boy S…

2 days ago Sit back, relax and let your living room be transformed into an intimate jazz club with our live streamed gig from… https://t.co/QKeHEVNpYg

3 days ago These summer sessions are the first of an exciting longer project - be part of the writing (and performance!) team… https://t.co/5yY7Kyi6iu

3 days ago Explore your creativity at our FREE Poetry Workshops! Following on from the successful All Write Together writing s… https://t.co/JBGRARvTkk

3 days ago Hooks and yarn at the ready for this month's Crochet Social (online) this Wednesday at 6pm. The perfect opportunity… https://t.co/J7SxJqnCZe

3 days ago Look at those kites fly! A huge thank you to @BerksMummies who joined us online for last week’s Kite Making Works… https://t.co/3O9qWIcsYu