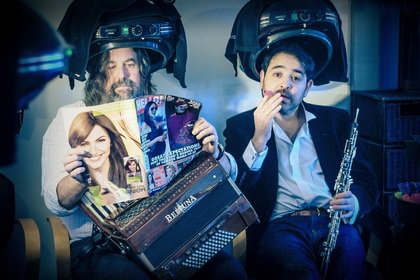 They have wowed audiences around the world with virtuoso musicianship tempered by wry humour. The duo start with traditional folk music, throw in a bit of pop and classical, sprinkle over a few TV and movie themes and top it off with lashings of laughs.

WHY? ‘Few can match this duo in concert for entertainment and great music’ The Independent