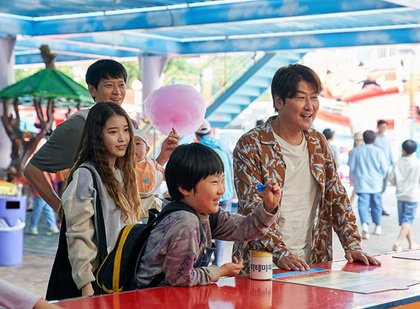 On a rainy night in Busan, So-young leaves her baby Woo-sung outside a ‘baby box’. It is a safe place set up in Korean churches for new mothers to leave unwanted infants.

Instead, the baby is picked up by Sang-hyun who runs an unofficial adoption brokerage and plans to find him a new home.

So-young tracks down both Sang-hyun and his business partner Dong-soo and decides to join their pursuit, along with a seven-year-old stowaway.

As they search for Woo-sung’s new family, the unlikely group evolves into something of a family themselves. But they are unaware they’re being tailed by two detectives who are determined to stop them.

A heartwarming, funny and moving film starring Song Kang-ho (Parasite) and from the acclaimed director of Shoplifters.

‘One of the year's most delightful films ★★★★★ BBC