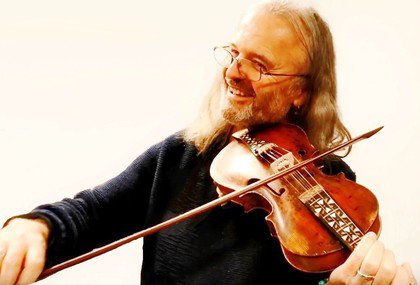 Chris Leslie brings his solo show to Norden Farm Centre for the Arts for an intimate evening of song, fiddle music and stories. He joined Fairport Convention back in 1996 and has been the song writer, vocalist and multi instrumentalist in the band since then.

Why? An intimate evening of stories in song and instrumental wizardry

about 7 hours ago Hooks and yarn at the ready for this month's Crochet Social (online) this Wednesday at 6pm. The perfect opportunity… https://t.co/J7SxJqnCZe

about 8 hours ago Look at those kites fly! A huge thank you to @BerksMummies who joined us online for last week’s Kite Making Works… https://t.co/3O9qWIcsYu

about 14 hours ago RT @ImpromptuShakes: We should've been heading to @edfringe, oh we're going to miss it this year! We'll miss the shows, the pints, and the…