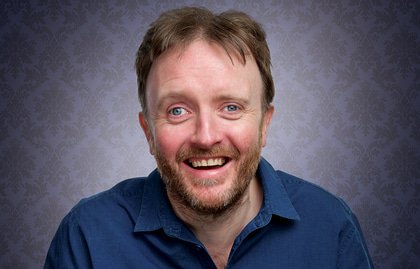 A brand new stand-up show following a stonking set on Live at the Apollo and a sell-out Fringe, one of the UK's top stand-ups Chris McCausland is on tour. Sunday Times Best of the Edinburgh Fringe 2018.

He's blind. He's a dad. He's a husband. He's third in command. He'll speaky about all of that, and loads more.

WHY? 'A joke heavy show with gags a plenty' The List

'He paints us pictures with fantastical words and images... it's almost impossible not to like him' ThreeWeeks

about 10 hours ago Hashmat Sultana come to the Courtyard Theatre on Wednesday 26 February! The ‘Sufi sisters’ have been winning hearts… https://t.co/aS93RbdWuC

about 12 hours ago RT @john_artybiker: I’m due to be in the gallery @nordenfarm #maidenhead Sunday afternoon, here’s hoping the weather eases up #exhibition #…

2 days ago Grab your yoga mat and head to Norden Farm for Big Dog Little Dog: Parent and Child Yoga. This class is for parents… https://t.co/G35g21ME1H

2 days ago RT @H_S_D_Y: Yay! We are on the radio today chatting to @MichBabsJordan on @BBCBerkshire about our Disco Love Fest @nordenfarm tonight. On…