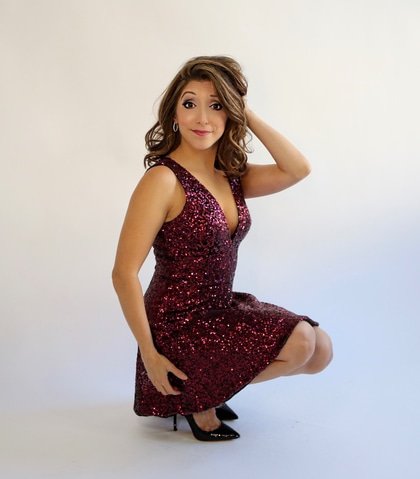 Presented by Broken Robot Productions & So Comedy by arrangement with Curtis Brown.

From The Ellen Degeneres Show, The Paul O’Grady Show, and ITV’s The Imitation Game, the girl with thousand voices returns to the UK with a brand new show for this nationwide tour. Through her uncanny impressions and musical mash-ups, this ‘comic firecracker with a pyrotechnic voice’ (Time Out) will celebrate the stars who’ve made lasting impressions on us all.

‘It's likely anyone observing this vocal obstacle course will spend many dazzled moments wondering how Bianco does it. Well, she does it with heart-stopping facility.’ Huffington Post

Presented by Broken Robot Productions & So Comedy by arrangement with Curtis Brown.

about 21 hours ago RT @AndrewDBrewis: Choice Grenfell is touching people.. “it’s really special” @nordenfarm We are there 29th Feb .. come and share the Joyc…