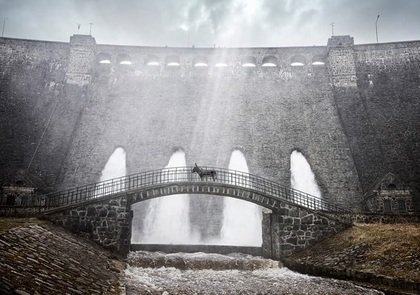 EO is a grey donkey with melancholic eyes and a curious spirit. He begins his life as a circus performer before escaping on a trek across the Polish and Italian countryside.

During his travels he encounters an eclectic cast of characters, including a countess, a young Italian priest and a riotous Polish football team.

EO’s journey speaks to the world around us. He is an equine hero boldly pointing out societal ills and serving as warning to the dangers of neglect and inaction, all while on a quest for freedom.

Nominated for an Academy Award for Best International Feature Film.

‘Soulful and mysterious, this donkey odyssey is an unforgettable experience’ ★★★★★ Time Out