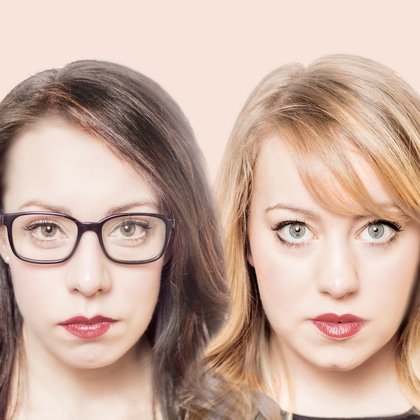 Following a sell-out run at the Edinburgh Fringe Festival 2018, and off the back of a countrywide tour, musical comedy duo and sisters Flo & Joan are here to try an hour of new material.

‘These intricately crafted, flawlessly performed numbers will have you howling with laughter one minute, wiping away a tear the next' ★★★★ Telegraph

'Their style is stiletto sharp, their diction perfect as they race through their complex rhymes' Evening Standard

Alongside performing solo, Rob hosts 'the best poetry gig in the UK' (The Times) Bang Said The Gun. The spoken-word night’s raucous and anarchic spirit attracts a rich mix of new talent and some of the most established names in poetry/music including Kate Tempest, Roger McGough and John Hegley.

'A genuine original' The Guardian

'One of my absolute favourites' Daniel Kitson

‘Charming, eccentric and uplifting, Auton is a talent to watch’ Independent

'I haven’t seen anything else quite like it, or him' Stage

about 21 hours ago Tickets are £5 per household ➡️ https://t.co/R3ByJh4gE6 Book through the link above and 20% of your ticket purcha… https://t.co/Wuwdnj1Rrq

about 21 hours ago Award winning comedian Mark Thomas brings Showtime From the Frontline direct to your living room! Streamed on Tues… https://t.co/FiYduU1k9M