Griff Rhys Jones: All Over the Place 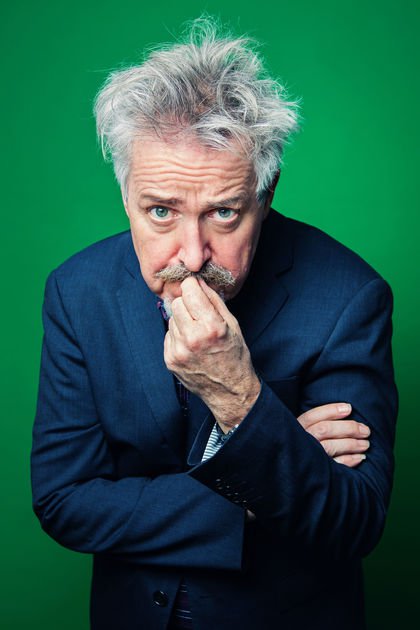 Broken Robot Productions & So Comedy by arrangement with Troika presents.

Griff is back and once again all over the place touring the UK this autumn with his brand new full-length stand-up show.

Following sell out performances of his previous one man entertainments Jones and Smith and Where Was I? and a hugely acclaimed tour of Australia and New Zealand, it's time to join one half of Smith & Jones, one quarter of Not the Nine O'Clock News and one third of Three Men In a Boat as he presents an evening of hilarious true stories, riffs, observations and details of his recent medical procedures.

It’s all guaranteed to be packed with wicked insights into the pains of celebrity, the vicissitudes of parenthood and encounters with the great, the good and even the royal. Yes, Griff is all over the place this year so make sure not to miss him!

Presented by Broken Robot Productions & So Comedy by arrangement with Troika

about 2 hours ago Kick off the Spring season with Swing Into Spring with Tina May! Supporting Tina’s stunning vocals are Will Gibson… https://t.co/COCljLZ0bx

about 5 hours ago We had a blast with @H_S_D_Y last Friday! Were you there?! https://t.co/rfyrVG9uCb

about 5 hours ago RT @folkandhoney: #GigNews Danni Nicholls to play Norden Farm Centre for the Arts on 1/5. @DanniNicholls @nordenfarm #Americana #Gigs #What…