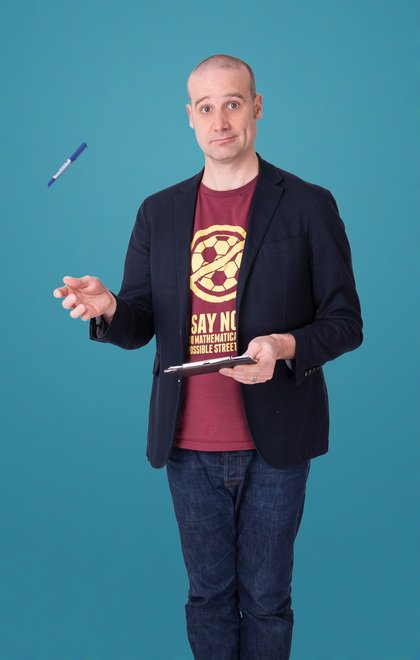 Matt Parker is a stand up comedian and mathematician.

As well as being a presenter on the Discovery Channel, his YouTube videos have been viewed over 85 million times. His show explores the greatest mathematical near-misses and mishaps involving planes, bridges, the internet and more. Matt shows us the bizarre ways maths trips us all up. Being wrong has never felt so right.

WHY? ‘Magician-like skills with tables of numbers’ The List

about 2 hours ago In Histories of the Unexpected: The Tudors! you’ll learn what links Henry VIII and Anne Boleyn to windows, bells an… https://t.co/rpW14isaqO

1 day ago Hashmat Sultana come to the Courtyard Theatre on Wednesday 26 February! The ‘Sufi sisters’ have been winning hearts… https://t.co/aS93RbdWuC

1 day ago RT @john_artybiker: I’m due to be in the gallery @nordenfarm #maidenhead Sunday afternoon, here’s hoping the weather eases up #exhibition #…

2 days ago Join us in the Studio on tomorrow (Sun 16 Feb) for @Papa_Truck! This five piece bluegrass band write and perform ho… https://t.co/4vKa4FhWx8

2 days ago Come down to Norden Farm this Half Term for Chloe and the Colour Catcher! Join Chloe on her courageous journey to u… https://t.co/lOxXeZm0mn