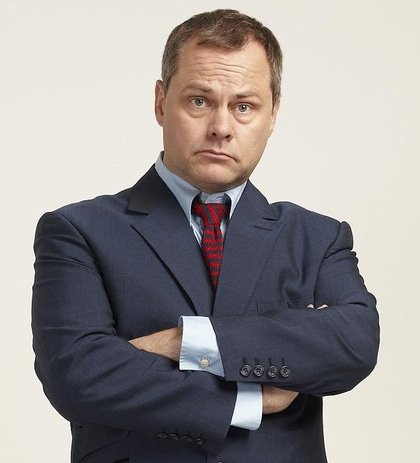 Join Jack Dee as he takes to the road trying out new material for his forthcoming UK tour.

'In these difficult and uncertain times people need hope – a ray of sunshine to brighten their day. And that’s very much where I come in' says Jack.

Star of TV sitcoms Bad Move, Lead Balloon and Josh as well as chair of the legendary Radio 4 show I’m Sorry I Haven’t A Clue.

Other credits include presenting Jack Dee’s Helpdesk on BBC Two and being the star of C4’s, The Jack Dee Show, Jack Dee’s Saturday Night, Jack Dee’s Happy Hour and Jack Dee Live at the Apollo. 'In fact' explains Jack, 'I’ve appeared in every single TV show with my name in the title'.

about 3 hours ago If you're looking to get creative with your little ones we'd recommend checking out all of the fantastic crafts on… https://t.co/CgbR4pnFhL

about 5 hours ago If you're looking to get creative with your little ones we'd recommend checking all the fantastic crafts on… https://t.co/t6JVyTUC7n

2 days ago RT @AsianArtsAgency: How are you doing? We can’t bring you live music for a while but we are excited to bring you brand new digital content…

3 days ago To celebrate the birthday of #vangogh, @artonscreen bring a free Facebook premier of Vincent van Gogh - A New Way o… https://t.co/cNV2xYRWAL

5 days ago Today is a particularly poignant #WorldTheatreDay2020 - we'd like to send lots of love to everyone working in the i… https://t.co/1KxwWWP4Ag

6 days ago @eton_preschool Fab, thank you! We'll definitely be checking out!