There are no scheduled instances of John-Luke Roberts: All I Wanna Do Is [FX: GUNSHOTS].

John-Luke Roberts: All I Wanna Do Is [FX: GUNSHOTS]

There are no scheduled instances of John-Luke Roberts: All I Wanna Do Is [FX: GUNSHOTS]. You can view similar events below. 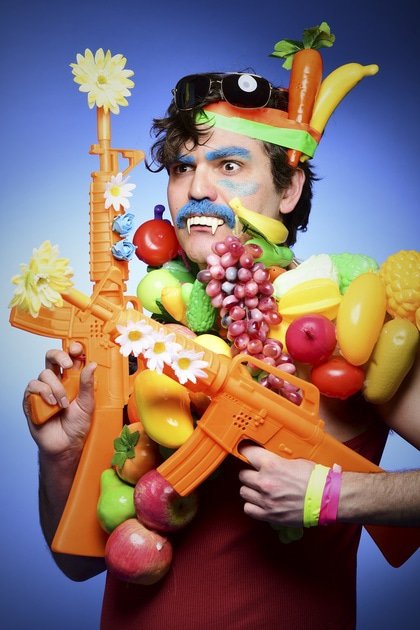 One of the Edinburgh Fringe's most celebrated talents of recent times sets out on his first full national tour.

John-Luke Roberts' show this year was a complete sell-out run and one of the most talked about shows of the festival: a dizzying avant-garde ride through the mind of a gifted comic-philosopher. One with a blue moustache. Who thinks far more about the Spice Girls than anyone should. A masterclass in prop, clown, costume and Mel C-themed comedy.

And that's all we can tell you in the brochure, because his stupid title takes up the rest of the allotted space.

'Mind warping hour which follows through brilliantly on its own absurd logic...relentlessly funny' ★★★★ The List

about 8 hours ago Fancy a trip to the movies with your little one this week? Catch a #BringBaby screening of The Railway Children Ret… https://t.co/LcuumaaOg8