Lost Voice Guy: I’m Only In It For The Parking 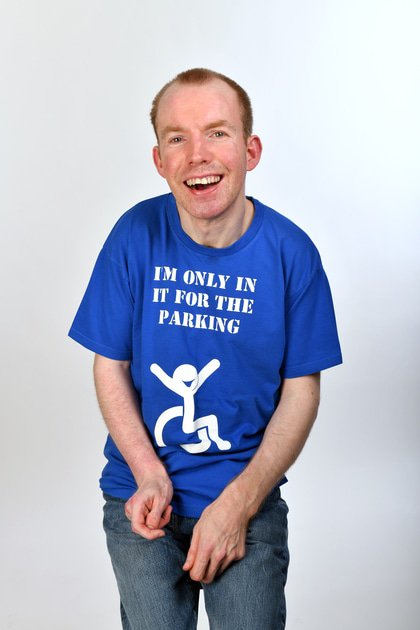 Due to popular demand following a sell-out tour in spring 2019, Lee Ridley (aka Lost Voice Guy) - the first comedian ever to win Britain’s Got Talent – is back on the road and coming to a disabled parking space near you this autumn.

The winner of the BBC New Comedy Award 2014, Lee has also appeared on BBC’s Live at the Apollo, Channel 4’s The Last Leg, The Royal Variety Show, America’s Got Talent: The Champions, ITV’s This Morning, BBC Radio 2’s The Steve Wright Show and BBC One’s The One Show and is the star and co-writer of two series of BBC Radio 4’s hugely popular comedy show, Ability.

Lee is also the first stand-up comedian to use a communication aid. His cutting edge material combines the political and personal with razor-sharp observations about disability and daily life. His debut book, I’m Only In It For The Parking, is available now.

He may not be able to talk but he definitely has something to say - and his comedy will leave you speechless.

‘Such a naughty sense of humour... genius’ Alesha Dixon

With support from 2017 Britain's Got Talent semi finalist – Jonny Awsum. 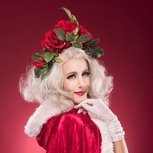 A Festive Evening of Burlesque and Vaudeville

Have you been naughty or nice this year?

Whatever the answer, Hundred Watt Club's glorious gift to you is this hot toddy of a show!

WHY? The perfect festive night out!

WHY? As seen on Taskmaster, Live at the Apollo and Netflix.

about 15 hours ago Did you catch Matt Forde on BBC2’s Richard Osman’s House of Games last week? You can catch him at Norden Farm too!… https://t.co/xbQ9DTDK9i

about 15 hours ago To mark #HolocaustMemorialDay we screened Nicky's Family for local school students, a film about the remarkable sto… https://t.co/vQgo5AGQ4V

1 day ago Join us in the Studio on Sunday 16 February as Papa Truck return to perform new material from their upcoming fourth… https://t.co/k8vhuPni0R

2 days ago Head to the Studio on Sat 14 Mar for an evening of extraordinarily daft-hearted comedy with John-Luke Roberts: Afte… https://t.co/ACUPz0jd2e

3 days ago Nominated for six Oscars, Taika Waititi’s World War II era satire Jojo Rabbit is not one to be missed this awards s… https://t.co/JA3lsXBlxC

3 days ago Fancy a Sunday morning out with the family? Come along to Sunday Stories at Norden Farm! Enjoy interactive storytel… https://t.co/Jdm6tGSGXt