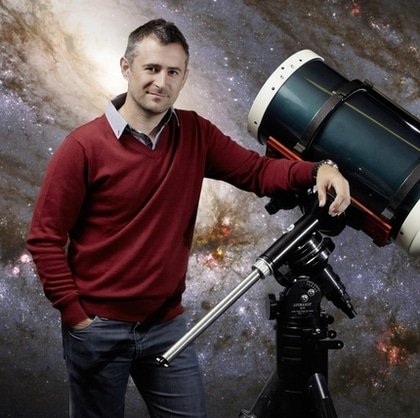 The Universe is shrouded in mystery, but through the centuries, mankind has slowly unravelled many of its dark secrets.

Mark Thompson reveals the hidden nature of the Universe, brought to life with mind-blowing demonstrations. Mark has appeared on BBC1's The One Show and ITV1's The Alan Titchmarsh Show. He has lectured at the Royal Institution and National Astronomy Meeting. Mark is known for bringing science to life in an engaging and entertaining way.

WHY? Mark is best known for co-presenting BBC1’s Stargazing LIVE

This event is on sale to Friends and Bronze, Silver & Gold Members until Friday 11 July. 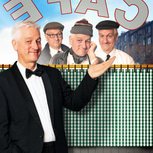 Last of The Summer Wine

Julian Dutton recreates the immortal adventures of Foggy, Clegg and Compo in three of their classic tales.

Last of the Summer Wine is officially the longest-running and one of the best loved sitcoms in the world, still shown on UK Gold. BAFTA winning impressionist Julian Dutton takes to the stage in an astonishing new recreation, bringing to life the sublime characters, the anarchic fun and the wry wisdom of the three hilarious Yorkshire men.

A one-man impression show presenting three of their best loved episodes – Isometrics and After, Whoops! and the immortal Stop That Bath!.

‘One of the best vocal performers around’ BBC Comedy 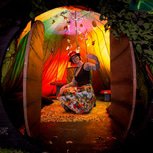 Join in or unwind in the Café Bar with a latte and the Sunday papers, while your little ones get involved in telling stories from all over the world.

WHY? A sociable, creative and entirely relaxed way to do Sundays for families with young children

about 14 hours ago A message from our Chief Executive and Artistic Director Jane Corry following yesterday's announcement. https://t.co/mF5kraShQo

about 14 hours ago RT @Windsor_Museum: Do you have an #Object or #Collection at home that you would put into a #VirtualExhibition given half the chance? Share…

1 day ago The next event on our online line up is St John’s Ensemble plays Mozart on Thursday 16 July 7.30pm Featuring the… https://t.co/RnYZ09bjVt

3 days ago Explore imaginative themes and adventures through dance, song and mime with our online Little Wrigglers sessions ev… https://t.co/a2ScWBAUIN

6 days ago This morning our fabulous Box Office Assistant Tessa set out from Norden Farm on her #magpies150challenge to walk 1… https://t.co/q3tekX8x8W

7 days ago Our wonderful Box Office Assistant Tessa will be walking 15 laps of the Altwood/Boyne Hill area over the next 3 day… https://t.co/qTGpdXbvzz