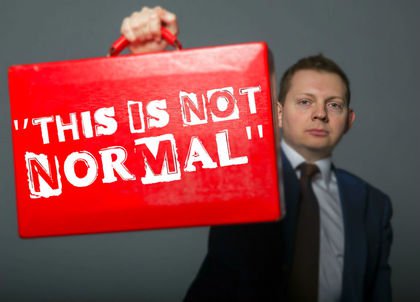 By day Matt Chorley works in parliament, trying to explain what is happening in politics for The Times.

By night he admits nobody has a clue, and nothing makes any sense at all. Join him for an hilarious insider's guide to resignations, reshuffles and recriminations, and reassurance that it doesn't have to be this way.

WHY? 'Matt is vying with George Osborne for this year’s hotly-contested ‘Theresa May Sycophant of the Year’ award' Theresa May

'Get back to work' The Times

about 24 hours ago We've loved sharing our weekly #PickYourOwn blogs from Chief Executive &amp; Artistic Director Jane Corry over the past… https://t.co/4I7encjonJ