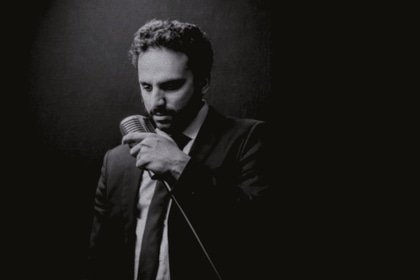 A stand up comedy show for people who like stand up comedy shows by a man that does stand up comedy.
This is Nish’s first solo tour. He has appeared on Comedy Central’s The Alternative Comedy Experience curated by Stewart Lee, Live at the Comedy Store and Stand up Central. He has been seen on BBC 3’s Live at the Edinburgh Festival and Sweat the Small Stuff plus supported Milton Jones and David O’Doherty.
Nish has also been on XFM's The Josh Widdicombe Show, BBC Radio 4's The Now Show and more recently was the host of BBC Radio 4 Extra's Newsjack.

WHY? 'With his combination of book smarts, righteous passion and sardonic wit, Nish Kumar is the Asian answer to John Oliver' ★★★★ Chortle

about 14 hours ago This summer we're hosting two live streamed jazz gigs, direct from our Courtyard stage. On Fri 24 Jul we welcome A… https://t.co/EZv8vSyU9h

about 18 hours ago AND - Grown ups and their children can connect through movement and breath with Sunday's Big Dog, Little Dog: Paren… https://t.co/qnwr8IGdzy

about 18 hours ago There's not just one, but two opportunities for little ones to explore yoga this week! Ages 5 - 11 years look at… https://t.co/3mlgDf2B8D

1 day ago The next free Zoom lecture from our friends at Maidenhead Heritage Centre is Maidenhead at the Movies on Wed 15 Jul… https://t.co/bOahNs2yzk

2 days ago Our much-loved Kite Making Workshops are going online this summer holiday! Get involved in a workshop via Zoom, the… https://t.co/ebQHWxqHEW

2 days ago RT @littleanklebite: Thanks to everyone who joined our Virtual Little Ankle Biters #Awards on #supersaturday The Winners for #Berkshire w…

3 days ago RT @Windsor_Museum: Do you have an #Object or #Collection at home that you would put into a #VirtualExhibition given half the chance? Share…