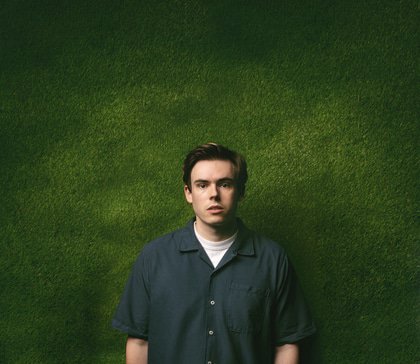 Rhys James is right back where he belongs: on tour around the country, with a markedly different schedule to Chelsea's fixture list to prove he is not the footballer.

One of the final Mock The Week regulars and star of Live At The Apollo,

Rhys’s previous tour sold out over 70 dates nationwide. Since then he’s released a third Radio 4 series, starred in The Great American Joke Off for US network The CW and been hurled through the air on a bungee cord by Micah Richards on Sky's A League Of Their Own.

He has also been seen on Richard Osman’s House Of Games, Celebrity Mastermind and Pointless Celebrities.

'A ton of smart, intricately-written jokes and stories where you’re never more than a few seconds away from another punchline' ★★★★ Time Out 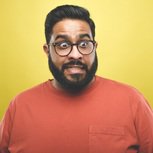 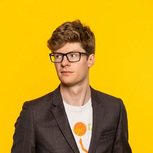 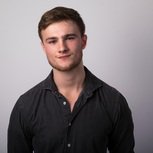 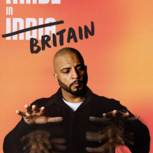 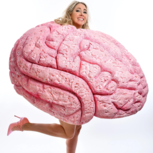 The critically acclaimed stand up, writer and actor invites you to spend an hour with a woman and her self diagnosed 'Sexy Brain'... a study in trying to see all sides of every argument and driving yourself slowly mad in the process.

Tiff has been seen on Mock the Week, People Just Do Nothing, The Office, Game Face and ABC's The Weekly.

'This is Tiff Stevenson at her finest' ★★★★★ Broadway Baby 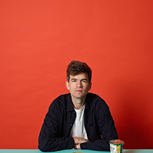 Ivo Graham: My Future My Clutter

Ivo was nominated for Dave’s 2019 Best Comedy Show and Joke of the Fringe ("I've got an Eton College advent calendar, where all the doors are opened by my father's contacts").

He's been seen and heard on Mock The Week, Live At The Apollo, Have I Got News For You, British As Folk and Richard Osman's House of Games.

'A hugely enjoyable hour of stand-up comedy' The Times 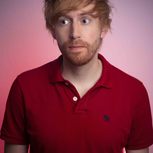 Mark Simmons: Quip Off The Mark

Mark Simmons is master of the one liners.

He recently joined Dara O’Brian and Hugh Dennis on BBC2’s Mock The Week as a semi-regular on the show and been appearing on BT Sport’s DIY Pundit and The Rugby’s On.

Mark also hosted News-ish and Film-ish on Fubar Radio alongside co-host Seann Walsh. He is now enjoying further success with his solo podcast Jokes With Mark Simmons. He invites a fellow comic, such as Gary Delaney and Milton Jones, to discuss jokes that they’ve written but simply just haven’t worked.

Quip Off The Mark isn’t your average one-liner show - there is a running theme throughout. This year Mark’s parents have sold the house he grew up in and he has to collect his box of stuff from the loft. Come discover what’s in the box in this top-level one-liner show structured in a way you’ve never seen before.

'Master of one-liners… his (show) consist(s) of literally one liner after one liner, with one or two breaks for the audience to catch their breath before another assault on the laughter and muscles with the next segment' ★★★★★ One4Review The Twitter sensation and BBC Radio 4 regular takes to the road in her debut UK tour, following a sold-out Edinburgh Festival residency.

In 1998 Sooz got a PlayStation, the first adult console, and finally felt grown-up. But is she really? Find out in this stand up show for anyone who remembers the 90s or had big dreams as a kid (gamers and non-gamers alike)!

Sooz is an award winning comedy performer, singer, writer, and actor. She has written and performed eight solo stand up shows at the Edinburgh Fringe. Sooz is a regular collaborator with Richard Thomas (Jerry Springer the Opera, Made in Dagenham) and hosts two podcasts - Mystery on the Rocks and QueenPod, the official podcast for the band Queen.

Throughout lockdown she made a variety of online content including livestreams via Twitch and viral political videos which build a huge international following, and received press in The Guardian, The Independent and The Metro, as well as in the LA Times and Chicago Tribune across the Atlantic.

‘Kempner has funny bones and an effortless audience rapport’ ★★★★ The Scotsman

'A new wave of comedy' The Guardian

'Incredible... it shouldn't work but it really, really does' Independent