There are no scheduled instances of Sofie Hagen - Shimmer Shatter.

There are no scheduled instances of Sofie Hagen - Shimmer Shatter. You can view similar events below. 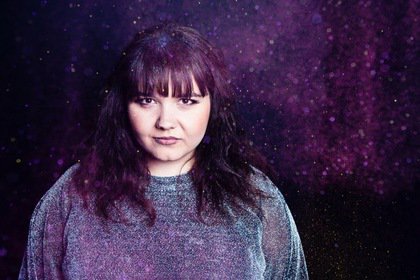 Join one of the fastest rising stars in comedy as she attempts to tackle her inner and outer demons in this hilarious and very personal show.

(praise for Bubblewrap)
'Hilarious… clever, touching and funny' ★★★★★ The Mirror
'Compelling, beautifully constructed' ★★★★ The Guardian
'A charming show' ★★★★ Sunday Times
'Few comedians… make a room as warm as (she) does' ★★★★ The Times
'Plenty of big laughs and bizarre anecdotes' ★★★★ Evening Standard
'Plenty of wry wit…' ★★★★ Time Out
'Consistently funny, personal, and a slyly powerful show... this certainly is the show of a winner' ★★★★ Chortle

WHY? Sofie has appeared on BBC2's Live from the BBC, Comedy Central's Russell Howard’s Stand Up Central and Radio 4's The Now Show amongst many others. Her popular Guilty Feminist podcast has reached 250,000 downloads.

6 days ago Comedian, songwriter and thinker of deep thoughts Mitch Benn is back with his show It’s About Time on Wed 30 Nov at… https://t.co/XcropBUX0G