There are no scheduled instances of Stephen K Amos: Bouquets and Brickbats .

There are no scheduled instances of Stephen K Amos: Bouquets and Brickbats . You can view similar events below. 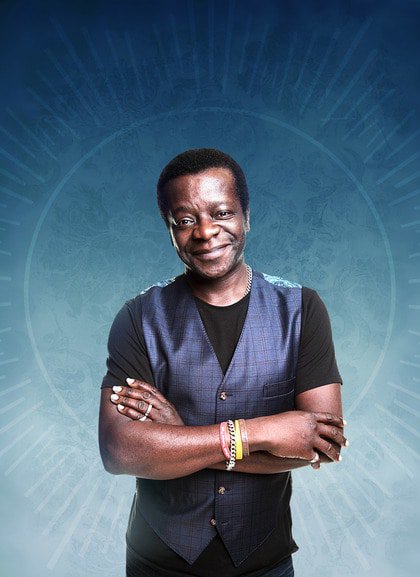 As Brexit looms on, Trump reigns rampant and everyone seems pushed to extremes, Stephen’s main aim is to cheer us up.

Forget everything that’s going on in the world and immerse yourself in the warmth of “one of the most likable figures in British Comedy“ (Radio Times). As seen on QI, The People’s History of LGBT, Live At The Apollo, Have I Got News For You and What Does The K Stand For? on BBC Radio 4.

WHY? ‘Deliciously deft… we roared at ad-libbing that was first rate throughout… you’ll leave the show smiling’ The Times

19 minutes ago RT @MaidenheadAds: A petition calling for the council to rethink its plans to cut grants funding for arts centres in the new financial year…

19 minutes ago RT @windsorobserver: How cool is this?! Simon Mole and Gecko show their support for Norden Farm! Read the full story here: https://t.co/…

about 21 hours ago RT @LarchfieldPrim: Our Nursery had lots of fun this week, they had a real Magician come in and he brought a real rabbit!! @nordenfarm htt…