There are no scheduled instances of Terry Alderton - It's Terry!.

There are no scheduled instances of Terry Alderton - It's Terry!. You can view similar events below. 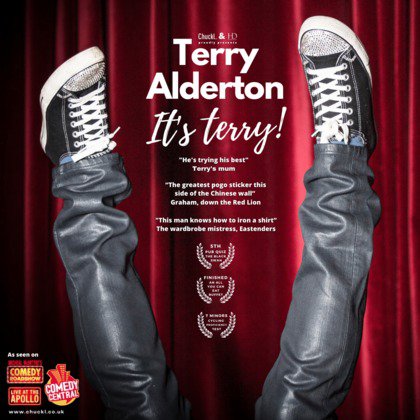 Michelle De Swarte is an actress, comedian and writer. Born in South London, Michelle was spotted by a model scout at the age of 19 and moved to New York, where she became heavily involved in the comedy scene.

Since moving back to London she has starred as a series regular in Katherine Ryan’s Netflix series The Duchess, has filmed the lead role of Natasha in HBO/Sister Pictures series The Baby due for release Summer 2022, and will soon be seen in Amazon’s Backstage with Katherine Ryan.

Michelle is also writing her own semi autobiographical comedy series with Various Artists Limited and has recently been the tour support on Katherine Ryan’s tour.

18 minutes ago Heading to our screen this week: Whimsical comedy Brian and Charles (PG) Documentary Eric Ravilious: Drawn to… https://t.co/693Y4GoQf1