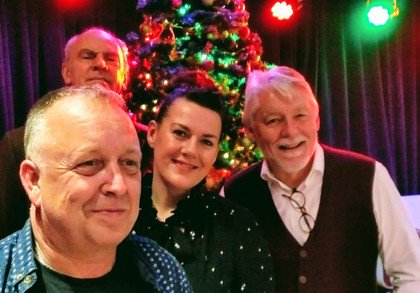 Simon Nicol, Kellie While and Simon Care join once again with the founder of Fairport Convention, Steeleye Span and The Albion Band, Ashley Hutchings.

The Albion Christmas Show is a seasonal mixture of carols, spoken word, Christmas songs and humorous readings. The perfect way to start your festivities!

WHY? This year’s tour features material from the band’s brand new album, alongside old favourites from their back catalogue

about 8 hours ago Tickets are £5 per household ➡️ https://t.co/R3ByJh4gE6 Book through the link above and 20% of your ticket purcha… https://t.co/Wuwdnj1Rrq

about 8 hours ago Award winning comedian Mark Thomas brings Showtime From the Frontline direct to your living room! Streamed on Tues… https://t.co/FiYduU1k9M