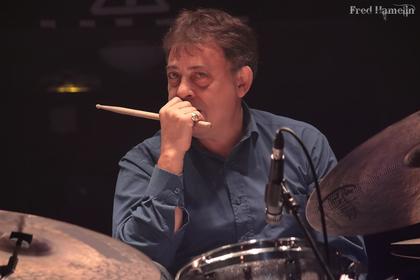 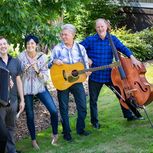 With Nell Robinson on flute and vocals, Jim Nunally on guitar and vocals, Jim Kerwin on bass fiddle, Alex Aspinall on percussion and Rob Reich on accordion and keyboards. 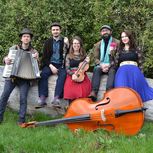 The award-winning group re-imagine music from times past, exploring the connections between Klezmer and other folk traditions in Eastern Europe and beyond. Drawing on the Polish and Slovakian roots of its band members they delve into century-old lullabies, exuberant wedding dances and peculiar hay-making stories. 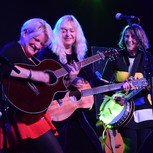 All members of the Sandy Denny Project, their voices seamlessly combine in rich, fulfilling harmonies with a wealth of instruments - fiddle, cello, guitars, keyboards and banjo.

'Three witty, intelligent and above all superbly musical women. All great solo performers in their own right. Together, beautiful harmonies and quality songwriting by classy multi-instrumentalists' Phil Beer (Show Of Hands)

'I’m so excited that three of my favourite singer/songwriters and performers have formed this great new trio. They are fab!' Dave Pegg (Fairport Convention) 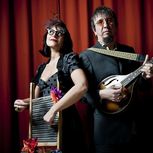 They keep this precious musical heritage alive whilst playing it with a modern twist. Performing on strictly acoustic instruments such as ukulele, washboard, kazoo, resophonic guitars and double bass.

WHY? ‘Good time blues is alive and well’ Folk and Roots Magazine 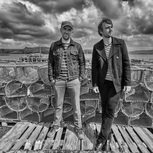 The duo are Willie Campbell and Charlie Clark.

Their influences range from the Everly Brothers, Hank Williams, Motown and indie. Their relaxed manner on stage and infectious enjoyment of performing ensure that all that come to see Astrid leave humming a song and smiling. 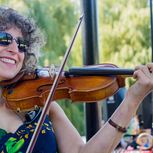 Klezmer - Got the Jewish Blues

Learn all about klezmer, the celebratory and soulful music of Jewish eastern Europe.

lana Cravitz (The London Klezmer Quartet) is one of the world's leading klezmer fiddlers. She illustrates the historical context and tells tales about the lives and times of the musicians who played this essential party music.

WHY? With live music, crackly old recordings and colourful anecdotes. There may be dancing...

about 5 hours ago To celebrate the birthday of #vangogh, @artonscreen bring a free Facebook premier of Vincent van Gogh - A New Way o… https://t.co/cNV2xYRWAL

2 days ago Today is a particularly poignant #WorldTheatreDay2020 - we'd like to send lots of love to everyone working in the i… https://t.co/1KxwWWP4Ag

3 days ago @eton_preschool Fab, thank you! We'll definitely be checking out!

4 days ago If you've come across any additional fab free arts and theatre content online - let us know! ⬇️ [4/4]

4 days ago Filmed on Stage are even hosing a watch party of Oklahoma! starring Hugh Jackman on Fri 27 Mar - head over to their… https://t.co/JMG1OLMcrW

4 days ago It features productions including Peter and the Wolf from @TheRoyalBallet, The Wind in the Willows musical written… https://t.co/ItKMnAaRmZ

4 days ago If you're looking for a culture fix from home check out this article from Filmed on Stage for musicals and plays yo… https://t.co/OKtapWajE3

4 days ago Did you catch the final Sky Arts' #portraitartistoftheyear last night? One of the finalists was Inge du Plessis who… https://t.co/ZvTFbMOOz0