The Hitchhiker's Guide to the Family 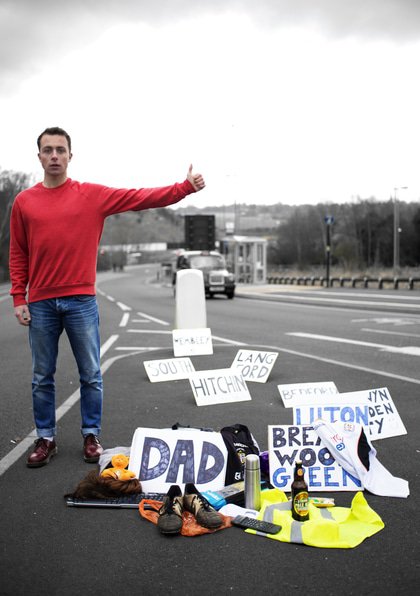 Writer-performer and UK poetry slam champion Ben Norris battles the country’s most notorious service stations and the perils of lower-league football in search of the man who became his father.

A hilarious and moving ramshackle road trip that asks searching questions of identity. Winner of the IdeasTap Underbelly Award 2015.

WHY? ‘A truly talented performer with genuine presence and charisma to burn’ ★★★★★ Three Weeks

about 6 hours ago Pianist Joanna MacGregor CBE joins us for a live streamed concert on Tues 11 Aug➡️ https://t.co/wjDgTUiHlK Joanna… https://t.co/sBHtSptYHc

about 12 hours ago Join mountaineer Simon Yates - of Touching the Void fame - live in the theatre or from the comfort of your home via… https://t.co/VJbLFMmsn5

1 day ago RT @Windsor_Museum: Maidenhead Heritage Centre’s next online lockdown lecture is this evening at 7pm. It will tell the story of local boy S…

2 days ago Sit back, relax and let your living room be transformed into an intimate jazz club with our live streamed gig from… https://t.co/QKeHEVNpYg

3 days ago These summer sessions are the first of an exciting longer project - be part of the writing (and performance!) team… https://t.co/5yY7Kyi6iu

3 days ago Explore your creativity at our FREE Poetry Workshops! Following on from the successful All Write Together writing s… https://t.co/JBGRARvTkk

3 days ago Hooks and yarn at the ready for this month's Crochet Social (online) this Wednesday at 6pm. The perfect opportunity… https://t.co/J7SxJqnCZe

3 days ago Look at those kites fly! A huge thank you to @BerksMummies who joined us online for last week’s Kite Making Works… https://t.co/3O9qWIcsYu