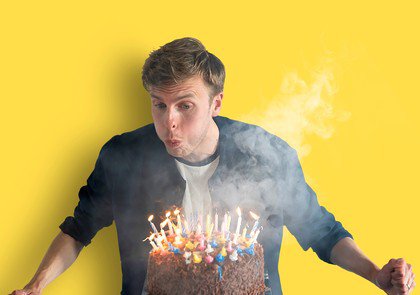 If you have booked to watch the event online, you can access the live stream on the night of the gig by clicking here and logging in to your Norden Farm account. This information can also be found in your booking confirmation email 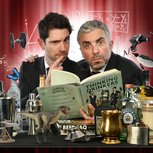 Hot off completely selling out at the Edinburgh Festival, London's Soho Theatre, their Spring 2020 tour and the Melbourne International Comedy Festival, musical comedy sisters Flo & Joan have extended their tour and will once again be parading their dark and waggish songs about the place.

'These intricately crafted, flawlessly performed numbers will have you howling with laughter one minute, wiping away a tear the next' The Telegraph

'If Flanders & Swann and Flight of the Conchords and Garfunkel & Oates had a six-way time-travelling gang-bang that somehow mixed all their DNA, the offspring might end up sounding something like Flo and Joan' Steve Bennett, Chortle 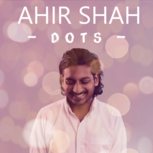 Double Edinburgh Comedy Award ‘Best Show’ nominee Ahir Shah is one of the fastest-rising comedians of his generation.

Ahir is warming up his latest show Dots which completely sold out at the Edinburgh Fringe and is being filmed for HBO Max in early June. It follows Duffer and Control which also sold out and were nominated for the Edinburgh Comedy Award for Best Show and subsequently toured the UK and overseas.

Ahir has performed internationally at the Melbourne International Comedy Festival, the Adelaide Fringe and Just for Laughs Montreal, and has toured in continental Europe and India.

He has performed stand-up on BBC2's Live At The Apollo, Radio 4's The Now Show and Comedy Central's Stand Up Central. Outside of stand up, Ahir has also been seen on shows including BBC1's Have I Got News For You, BBC2's Frankie Boyle’s New World Order, Channel 4's Catastrophe and Campus.

He has also performed and regularly writes on BBC2's The Mash Report and has written and starred in the short films Ahir Shah’s Summer for Sky and Ahir Shah’s Life Lessons for BBC Three and has developed two sitcom pilots for Channel 4. 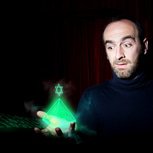 From 9/11 to shape-shifting lizards and Holocaust denial, this is a darkly comic tale of one man's journey through the conspiracy underworld. Marlon explores why conspiracy theories are more popular than ever, how fake news gives fresh currency to ancient slander and how this all relates to current issues in the Labour Party. It's a comic tale which is no laughing matter.

Conspiracy Theory: A Lizard's Tale is a piece of documentary theatre, in 2018 it became the first one-person show to be performed in the Houses of Parliament. It also won Best Spoken Word at Greater Manchester Fringe Festival in the same year.

WHY? 'Funny, moving, at some points deeply disturbing, and provides absolutely essential context for the worst aspects of how we live now' David Baddiel

'A Lizard’s Tale is a devastating show. Informative, absorbing and very funny. The funniest show about antisemitism on the fringe. Or anywhere I suspect' David Schneider

about 17 hours ago Make the most of your camera in our new online Digital Phtography course! Take part in practical exercises using yo… https://t.co/vUZDXkCMgy

about 21 hours ago Experience the magic of Bowie’s music live in our socially distanced Courtyard Theatre with Pop Up Bowie! Paul Anth… https://t.co/yY6R0N4wnE

1 day ago The Salts are a sea shanty band featuring five seasoned musicians collectively performing a mixture of instruments… https://t.co/tIYHHL46ol

3 days ago Has crochet been your lockdown hobby? Why not come along to our online Crochet Social! This is a social session whe… https://t.co/QGLRCxS1Rp

4 days ago As equally adept at sharing soulful and intimate songs with an audience as they are at providing the music for a li… https://t.co/yHhdA686Oq

4 days ago Eddie Izzard, Judi Dench &amp; Jim Broadbent star in Six Minutes to Midnight – a spy drama set in WW2 about a teacher i… https://t.co/f9vlV6bld8

5 days ago Musical comedy sisters Flo &amp; Joan are back at Norden Farm! They will once again be parading their dark and waggish… https://t.co/zKO9GLmIPD

5 days ago Oscar winning film Nomadland comes to our big screen! Following the economic collapse of a town in rural Nevada, Fe… https://t.co/LWi2xzh6ME

6 days ago Have you tuned into our Vexations livestream fundraiser yet? Currently playing is Anthony Williams &amp; after him will… https://t.co/7loe7YY56A