There are no scheduled instances of Mark Thomas: 50 Things About Us (Work in Progress).

Mark Thomas: 50 Things About Us (Work in Progress)

There are no scheduled instances of Mark Thomas: 50 Things About Us (Work in Progress). You can view similar events below. 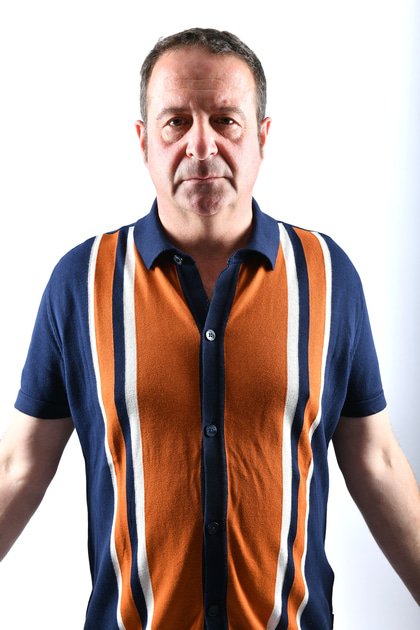 In his new show 50 Things About Us, Mark Thomas combines his trademark mix of storytelling, stand up, mischief and really, really well researched material to examine how we have come to inhabit this divided wasteland that some of us call the United Kingdom.

Mark picks through the myths, facts and figures of our national identities to ask who do we think we are?

It is a show about money, history, songs, gongs, wigs, unicorns, guns, bungs, sods of soil and rich fuckers.

And how we have so much feeling for such a hollow land.

(In the vein of the Manifesto meets a sweary history channel)

50 Things About Us is also a podcast (coming out in September) and a book published by September Publishing in February 2020 and an art exhibition... in Liverpool January 2020.


Please prepare for your visit by reading our latest Visitor Information here. This includes important information about face coverings, social distancing and measures we have implemented to keep everyone safe when visiting Norden Farm.

World-famous prankster and creator of the hugely popular Lee Nelson, is back on stage with TROUBLEMAKER, his sensational new stand-up show.

After the success of his stand-up show 100% Simon Brodkin, selected by The Guardian and The Evening Standard as one of their ‘Best Comedy Shows’ at the Edinburgh Festival, TROUBLEMAKER is the must-see comedy show of 2021. 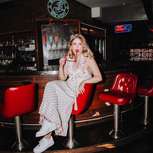 Edinburgh Comedy Award-nominated comedian and star of Mock The Week and QI Olga Koch comes back with her third show!

With her new passport in hand, Homecoming will see Olga try to figure out who the hell she is as an immigrant and certified teen drama queen...

Presented by Berk’s Nest in association with IAM.

2 days ago We have the perfect event to get you in the mood for the new Bond film this weekend! @Janninemusic brings her unmis… https://t.co/NbyvqPhM5U

2 days ago RT @100WattClub: WE CAN'T WAIT TO HEAD BACK TO OUR MAIDENHEAD HOME : The stage of @nordenfarm ! Got your tickets for our bawdy &amp; beautiful…

2 days ago RT @Janninemusic: Hi! @EnjoyMaidenhead The writing is on the wall for all of you with tickets for my #JamesBond show, you are in for a ni…

3 days ago October is almost here! Take a peek at next month's line up... Highlights include screenings of the latest Bond fi… https://t.co/gErUOZKJun

3 days ago Looking for a Friday night comedy fix to get you in the mood for the weekend? Join @RobinMorgan in our Studio with… https://t.co/5LsaMosT1B

3 days ago RT @Janninemusic: Hello @EnjoyMaidenhead 4 DAYS ...for my first #JamesBond  concert in 3 yrs An exciting rollercoaster of emotions. Ho…

4 days ago On Fri 1 Oct we welcome back John Horler and Alec Dankworth, with Ronnie Jones on drums. The trio will be celebrati… https://t.co/GRgrFR7L7s

4 days ago RT @Siobhan_Miller: England! I am coming to sing for you this week and next with the band. We can’t wait. Feel free to help us spread the w…