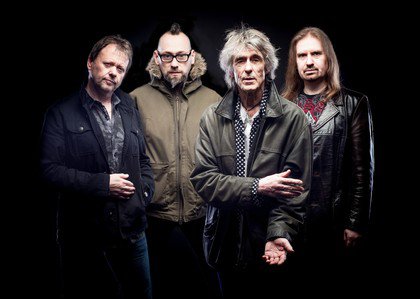 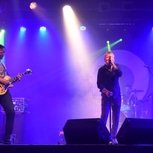 Take yourself back to an era of big riffs, timeless tracks and unforgettable anthems by artists including T Rex, David Bowie, Led Zeppelin, Cream, Jeff Beck, The Kinks, Cream, Jimi Hendrix and more. Get down to the true spirit of the 60s and 70s, when the world was changing and so were we!

The band features top musicians who have worked with members of The Who, David Bowie, Bruce Springsteen, Foo Fighters and The Small Faces:

WHY? ‘Well worth checking these guys out. Not to be missed’ The Who

‘The greatest sixties band on the planet’ Time Out

‘If you want to see an electric performance by a band that loves music and loves what they do, go and see the Johnny Warman's Magic Bus’ Ridge Radio

Courtyard Theatre and Livestream
£17
Booking cut off time: 7.30pm on the day of the event 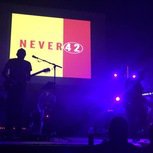 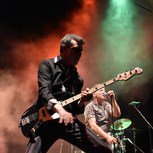 The Total Who Show

Get ready for two hours of hits and classics by The Who - including Won't Get Fooled Again, My Generation, Pinball Wizard, Who Are You, Substitute, Can't Explain, The Seeker and I Can See For Miles.

Performed by Johnny Warman's Magic Bus. The band features a line up of top musicians who have performed with Roger Daltrey, Pete Townshend and John Entwistle from the band itself.

They have worked also worked with the likes of David Bowie, Bruce Springsteen, Foo Fighters and The Small Faces.

WHY? 'Well worth checking these guys out. Not to be missed' The Who 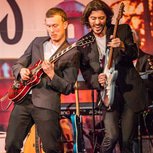 The Alter Eagles are delighted to bring their two hour-plus tribute to one of the greatest bands of all time back to Norden Farm for the fourth year in a row.

Since they started in 2004, the six piece have built a reputation as one of the most faithful tributes around, ensuring that the audience enjoys a loving note-for-note recreation of songs like Hotel California, Lyin' Eyes, New Kid in Town, Take it Easy, Tequila Sunrise, Take it to the Limit and Life in the Fast Lane - as well as more recent Eagles' classics like How Long, Busy Being Fabulous and Long Road Out of Eden. There's even time for key Don Henley and Joe Walsh solo numbers like Dirty Laundry and the classic Rocky Mountain Way. 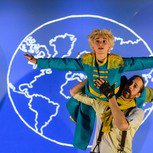 about 1 hour ago Today is International Women's Day and our team are raising their hands high to show that we commit to choose to ch… https://t.co/devuK6wJp5

about 22 hours ago Robin Morgan is a father to his son and a son to his father. But what makes a good male role model? Robin is a writ… https://t.co/nGB1OVQOE1

2 days ago Fancy a weekend treat? Our takeaway service is open until 8pm today! This week's special is Beef Madras with Basm… https://t.co/GGnbmssBNO

2 days ago Singer-songwriter Hannah White comes to our Studio on Fri 21 May! Hannah is influenced by country, blues, folk and… https://t.co/E1ooxKBxLJ

3 days ago Tina May is back for a livestreamed gig on Fri 19 Mar singing songs from her new album. Dave Gelly gave Tina a four… https://t.co/SIJOIB5fgr

4 days ago Antoine de Saint-Exupéry’s book The Little Prince comes to life this October half term! Find out how the Little Pri… https://t.co/mLZnRHTzR7

4 days ago Do you love talking about books? Our online Book Club is the perfect place to share your thoughts with other reader… https://t.co/mpNAaUKPU7

4 days ago Sally, our Marketing Manager, has two books on the go! George: A Memory of George Michael by Sean Smith and The Por… https://t.co/1WGGpCh9bx