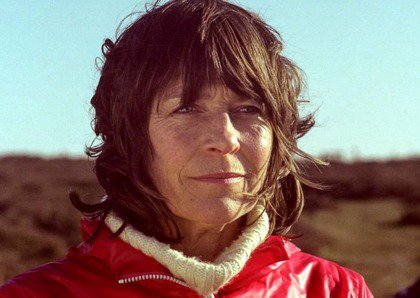 On an uninhabited island off the Cornish coast a wildlife volunteer’s daily observations of a rare flower take a dark turn into the strange and metaphysical.

It forces both her and viewers to question what is real and what is a nightmare.

‘I’ve seen the film three times so far, and I can’t wait to dive into it and be swept away again. Bravo!’ ★★★★★ Observer

‘Enys Men is so rich with symbolism that there’s a real satisfaction to be gained from rifling through the clues. I wished only that I could get my own hands on it - to cut it up and rearrange it until something new blossomed in front of me’ ★★★★ Independent

‘In the proud traditions of English folk horror, Enys Men can be a challenging experience; leaving you with a sense of something ancient, yet also, in Jenkin’s ambitious telling, entirely fresh’ ★★★★★ Empire Magazine