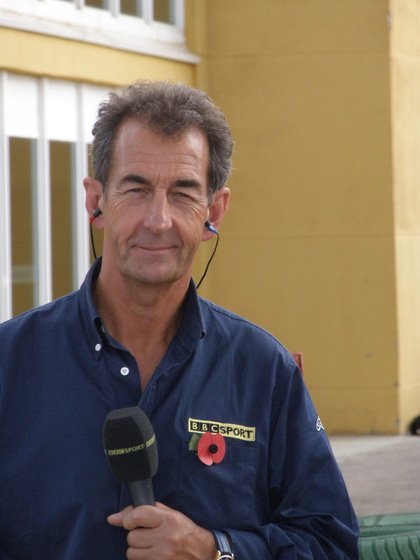 Hosted by his daughter Frankie, Steve ‘Stavros’ Parrish reveals funny stories, moving tales and his passion for living life to the full! When you hear about his life, loves and experiences, you’ll appreciate how times have changed! Will characters like Stavros ever emerge from our modern day racers?

WHY? Don’t miss out on one of the most entertaining, colourful characters left in motorsport!

A Celebration of Life

The power of poetry, celebrating life from childhood to twilight. An emotional, funny and heart-warming show.

A pre-recorded event from Maidenhead actor Clive Woodward, live streamed on Sunday 14 June 4pm. Clive performs his much loved show, A Celebration of Life, to raise funds for Norden Farm during this challenging time due to the ongoing Covid-19 crisis. All ticket revenue will go directly to supporting Norden Farm.

Based around poetry, the performance often reflects on Clive’s varied and interesting life and includes amusing anecdotes and a splash of music.

Poems from childhood to twilight provide a powerful, emotional and fun afternoon – allowing you to reflect on and celebrate life. A perfect tonic at this time and geared to make you think, reflect, laugh and observe life during these unprecedented times.

Clive has acted in films, theatre, BBC radio plays and TV productions. He has performed his own shows A Celebration of Life and You, Me, Colin and Helen at various theatres. Clive is also a former national motor racing champion and commentator.

Find out more about the ways you can support Norden Farm here.

about 2 hours ago Merry Wives of Windsor in a jazz age production, (think ‘Noel Coward society comedy’) at @The_Globe streams this we… https://t.co/B0mLOfODk0

about 7 hours ago Your sofa is the best seat in the house for a very special live &amp; interactive magic experience with @MagicalBones f… https://t.co/pOjtE97gCl