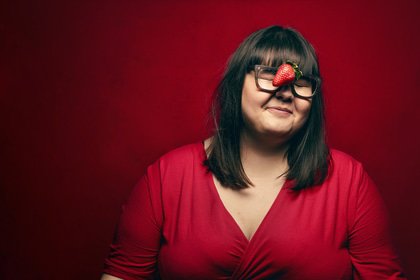 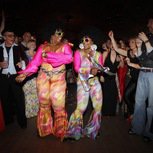 Get ready to boogie at this funk-tastic, feelgood 70s and 80s night.

What better way to celebrate Valentine’s Day than partying with those you love (friends, family, spouses, partners, colleagues, whoever) at Haven’t Stopped Dancing Yet - as recommended by Time Out, BBC Radio 4, Stella magazine.

There’s dancer-led ‘line-ups’ to get you into the groove, prizes for the best retro outfits (you don’t have to dress up but lots do) and eco-glitter face-painting for added disco sparkle, plus free sweets and ice pops.

It’s going to be a night to remember!

WHY? 'Haven't Stopped Dancing Yet makes you feel so good it should be on the NHS' partygoer Yvonne

This is a dancing event with some allocated seating.

WHY? As seen on Taskmaster, Live at the Apollo and Netflix.

6 minutes ago Hashmat Sultana have been winning the hearts of audiences around the world with their contemporary twist on traditi… https://t.co/IwxNLHhoZl

about 1 hour ago BWM Climate Emergency Coalition (CEC) will be hosting a climate networking event before and after the screening of… https://t.co/24p1Z4gbuZ

about 1 hour ago In documentary 2040, award-winning director Damon Gameau explores what the world will look like in 20 years. This i… https://t.co/EOWbBzK0Ii

1 day ago We can't wait for this! Are you going? https://t.co/yHjZQMCcDy

1 day ago RT @Peterj464: After 2 successful appearances on the Fringe and time on the club circuit, she's got her first tour. Read my interview with…

1 day ago RT @JewelTonesChoir: anyone fancy going to Treasure Beyond Measure - 30 Years of Music by Jewel Tones ? https://t.co/t6DVHjKCgL via @norden…

1 day ago RT @john_artybiker: Back from the framers, 2 small #abstracts for my #exhibition at Norden Farm Centre for the Arts in #Maidenhead opening…

2 days ago Catch @lauralexx on @ComedyCentralUK's #RoastBattle tonight - then catch her live in our Studio on Wed 5 Feb at 8pm… https://t.co/FToXMr8Md0

2 days ago RT @redkitedays: Are you organising a family friendly event this Feb half term in #Berkshire? List it for free in the Red Kite Days what's…

5 days ago RT @BFI: A 4K restoration of Federico Fellini's La dolce vita is back in UK cinemas including #BFISouthbank now. Take a look at the rest of…